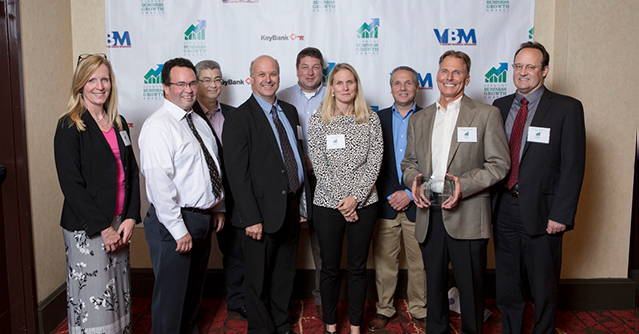 Founded in 2000, ASIC North has an experienced leadership team that is committed to growing the company and forging the way with new innovative technology, outstanding customer service and dedication and commitment. 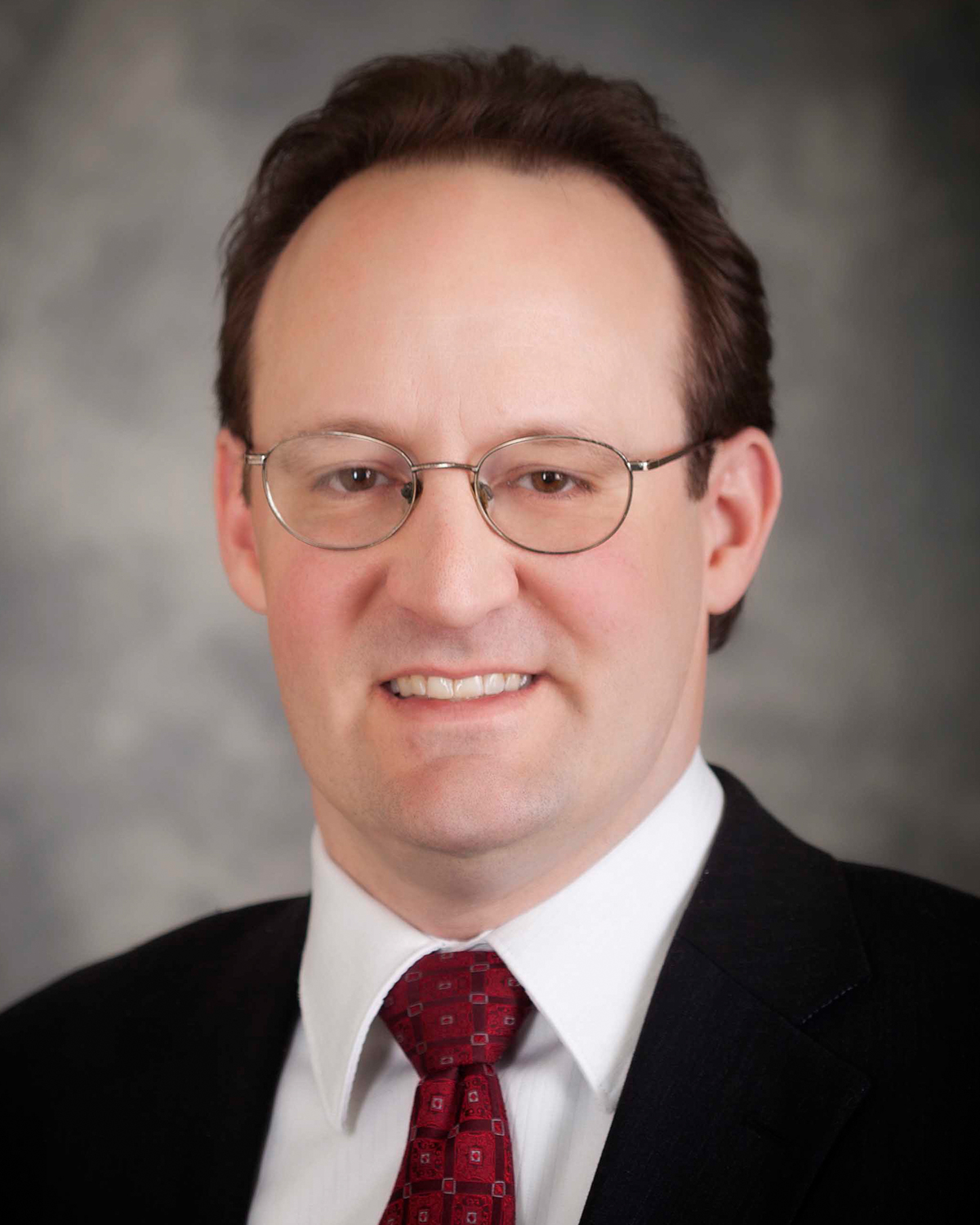 Michael Slattery is a 20+ year veteran of the semiconductor industry. He has built a design service business on strong fundamentals – quality, innovation, flexibility, quickness, and trust. Slattery’s strong belief in good methodologies and design practices has led to a track record of successful designs and satisfied customers. The end result – ASIC North has been recognized repeatedly as a top growth company and a “Best Place to Work”.

Slattery graduated with a BSEE from the University of Notre Dame in 1990 and is a member of the Institute of Electrical and Electronics Engineers. 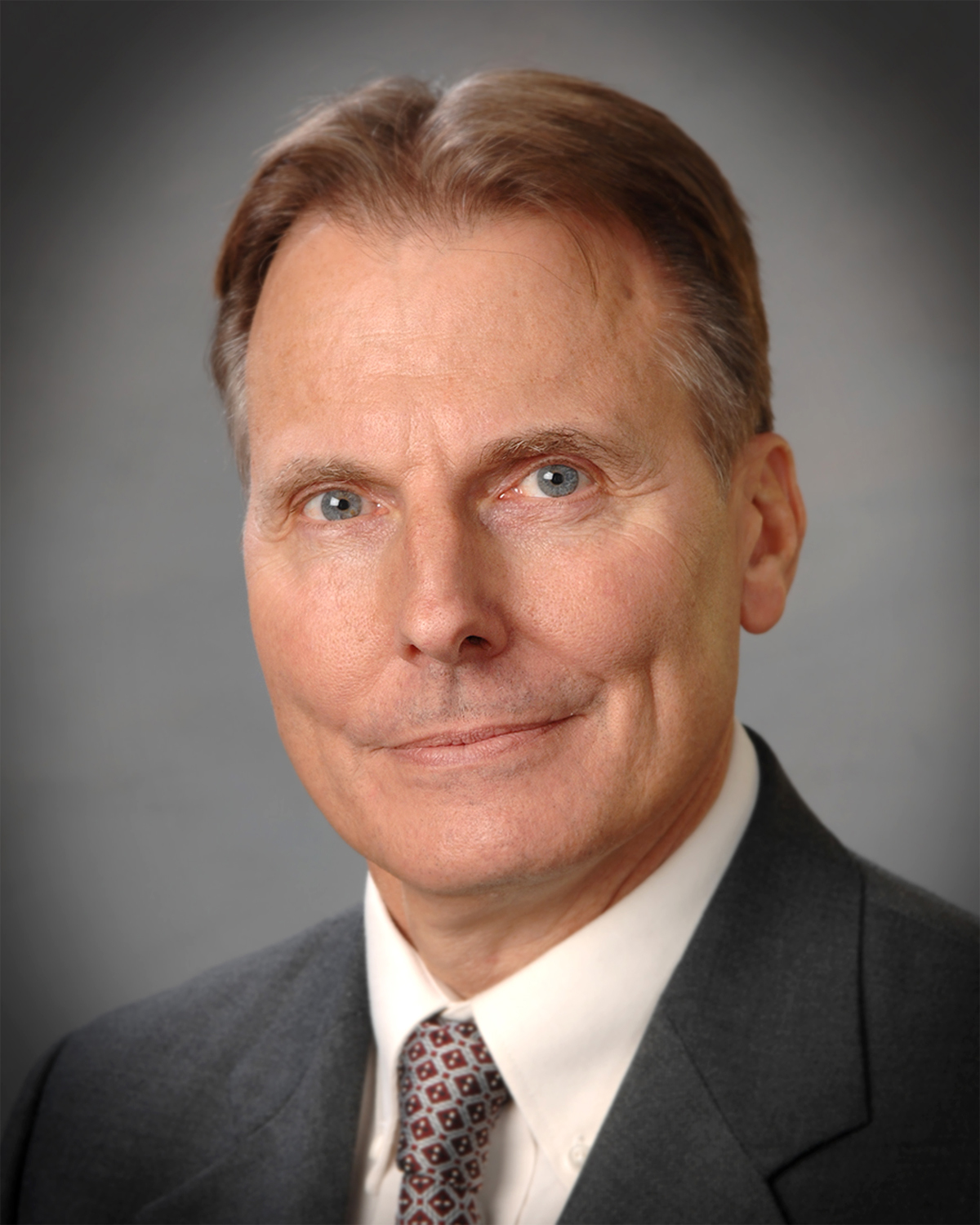 Stephen Stratz is the Vice President and Secretary of ASIC North, Inc. Stratz was appointed to these positions in 2003. Additionally, he has held the position of Treasurer from 2000 until 2008. During his tenure on the ASIC North Board of Directors, ASIC North has grown by over 20 times in size. Stratz is responsible for business development, sales support, project oversight, and operational strategy.

Stratz began his Engineering career at AT&T Bell Laboratories in 1981 where he worked on digital compression systems as well as the CDMA multiplexing of high speed telephony channels. In 1988, Stratz moved to IBM Microelectronics focusing on VLSI analog circuit design and the development of converters for high speed video and high resolution audio. In April of 2000, Stratz became a partner in the newly formed ASIC North, Inc., where he founded the ASIC North circuit design line of business. In 2008, Stratz was responsible for opening ASIC North’s second design center in Tempe, AZ where he is presently site executive.

Stratz holds a Bachelor’s degree in Electrical Engineering with high honors from Northeastern University in Boston, MA. Additionally, he has completed a variety of graduate level circuit design courses at the University of Vermont. He is a member of the Institute of Electrical and Electronics Engineers, the IEEE Circuits and Systems Society, and the IEEE Solid-State Circuits Society. 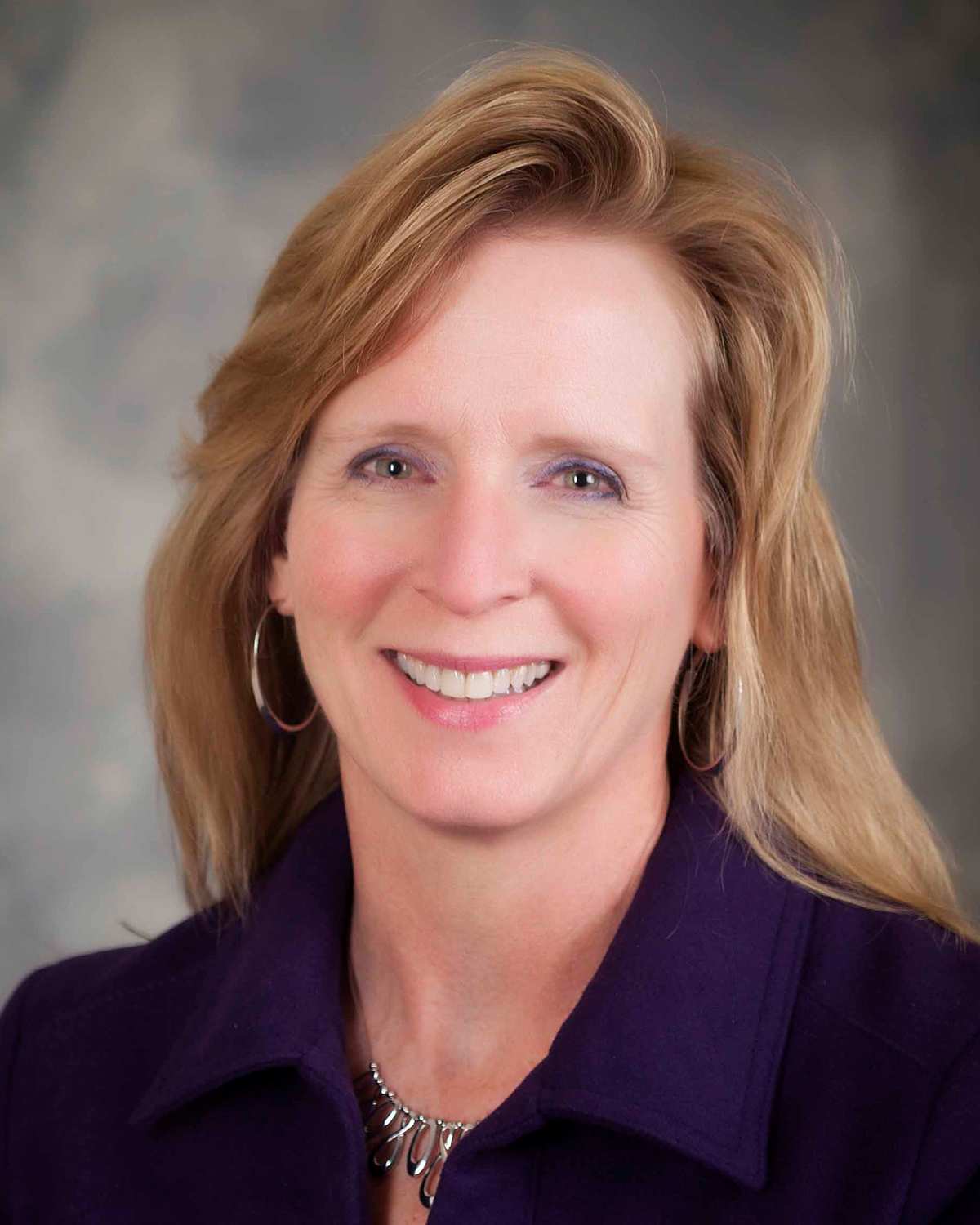 Judy Stroh is Director of Operations and Treasurer at ASIC North, Inc., joining the company in 2007. She oversees the operational side of the business, including Finance, Human Resources, Information Technology and overall company compliance.

Stroh joined ASIC North in 2007 after over 20 years of experience in finance and management roles. She has worked in various industries, including public accounting, higher education, banking and semiconductors. Prior to joining ASIC North, Stroh was Vice President of Treasury Management Services at the Chittenden Corporation. She has also held several volunteer positions, including Treasurer of The Converse Home assisted living facility and Treasurer of the Shelburne Community School PTO.

Stroh holds a Bachelor’s degree in Accounting from the University of West Florida, and a Master’s degree in business administration from St. Michael’s College. She holds both her CPA and SPHR certifications. 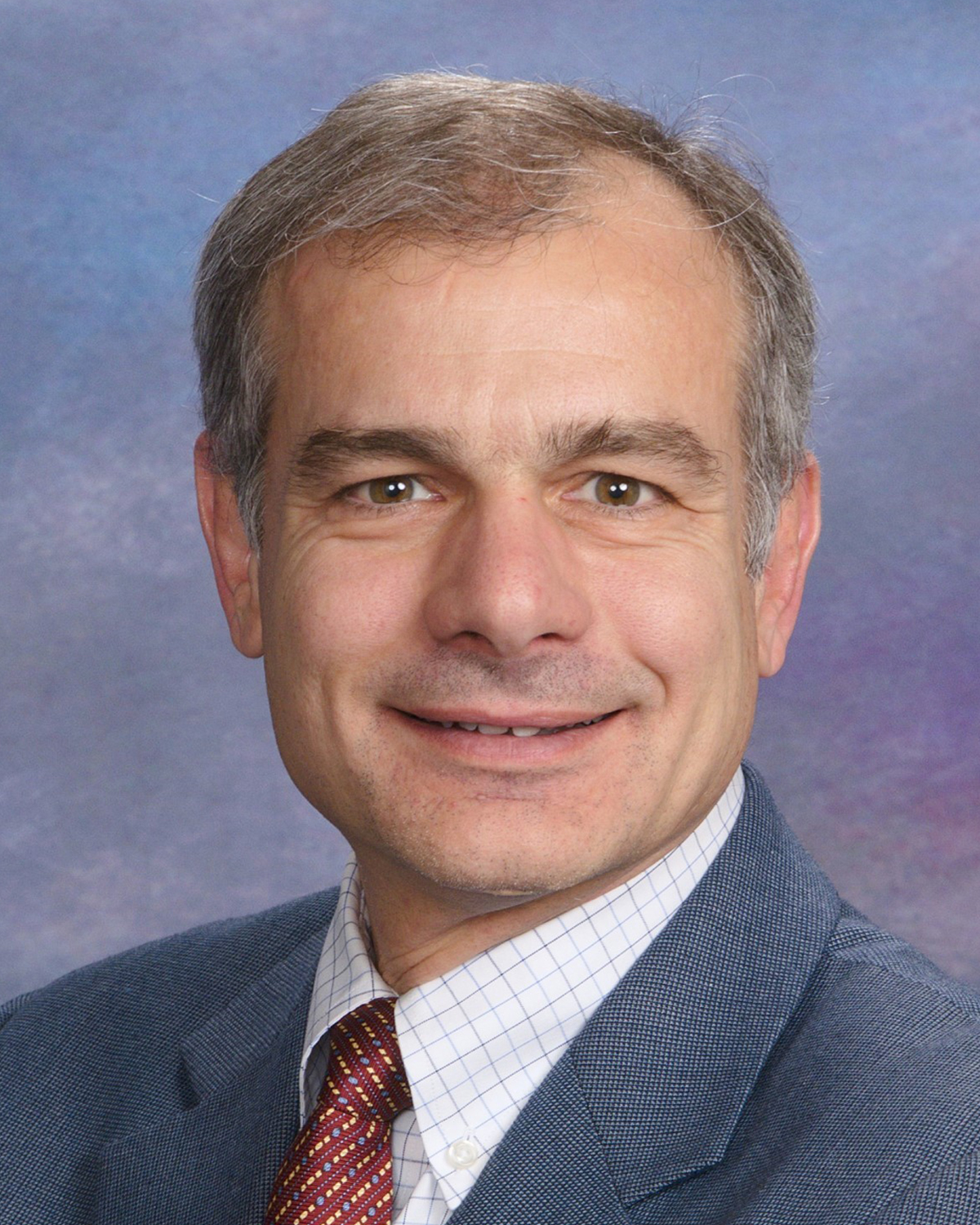 Kip Freeman is a Business Director for Military Aftermarket at United Technologies Aerospace Systems Sensors & Integrated Systems Division in Burnsville, MN. In this role, Freeman is responsible for the strategy and execution of business growth at a higher rate than the market segment. Prior to his current position, Freeman has been a Business Director of other aerospace market segments and has held successively more responsible positions within the Engineering and Program Management organizations.

Freeman has served on the ASIC North board since 2005. Additionally, he serves on the board for the Vertical Lift Consortium and its predecessor organizations from 2005 through 2012, holding the position of Chairman of the Audit committees for 6 years. Kip also served 6 years as a director, two of which as Chairman, on the Board of Directors at Porter Hospital in Middlebury VT. He also served 2 years as a Director and member of the Executive Committee on the Board of Directors for Porter Medical Center, the parent organization for the hospital. Since 2005, Kip has also served on the technical advisory board for the Pennsylvania State Vertical Flight Research Laboratory.

Freeman graduated with a BSEE from the University of Lowell, Lowell, MA in 1982. In his career, he has worked at various UTC facilities in Connecticut, Vermont, and Minnesota. 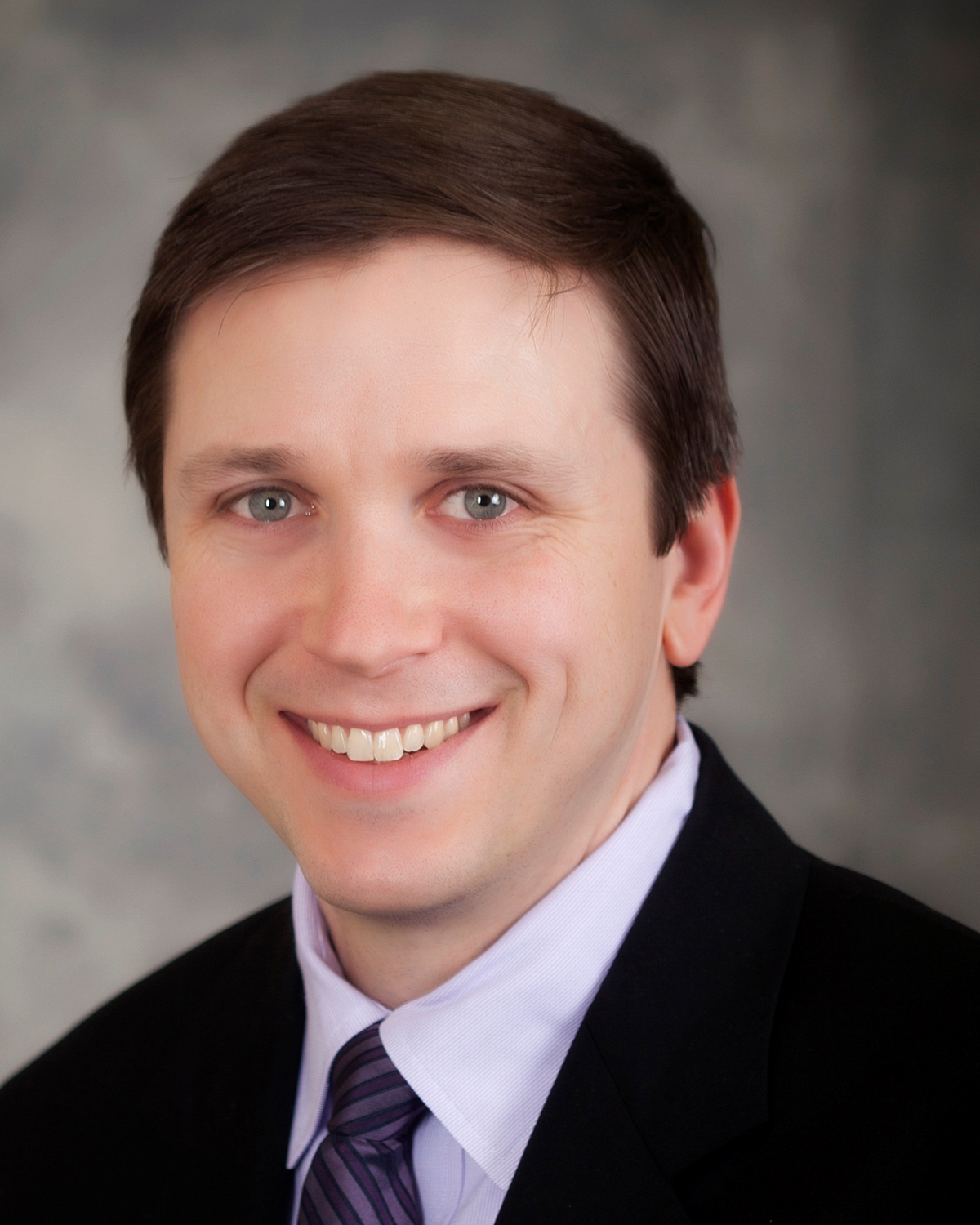 Kevin Grosselfinger is the ASIC Design Manager at ASIC North. In his role, he leads the technical teams responsible for digital based ASIC designs as well as manages the company’s semiconductor characterization lab and services.

Grosselfinger joined ASIC North in 2010 after a 14 year career in technical and management positions at IBM. In his work at IBM, he worked on ASIC products and was responsible for third party IP integration, physical design methodology, and semiconductor packaging design and qualification. 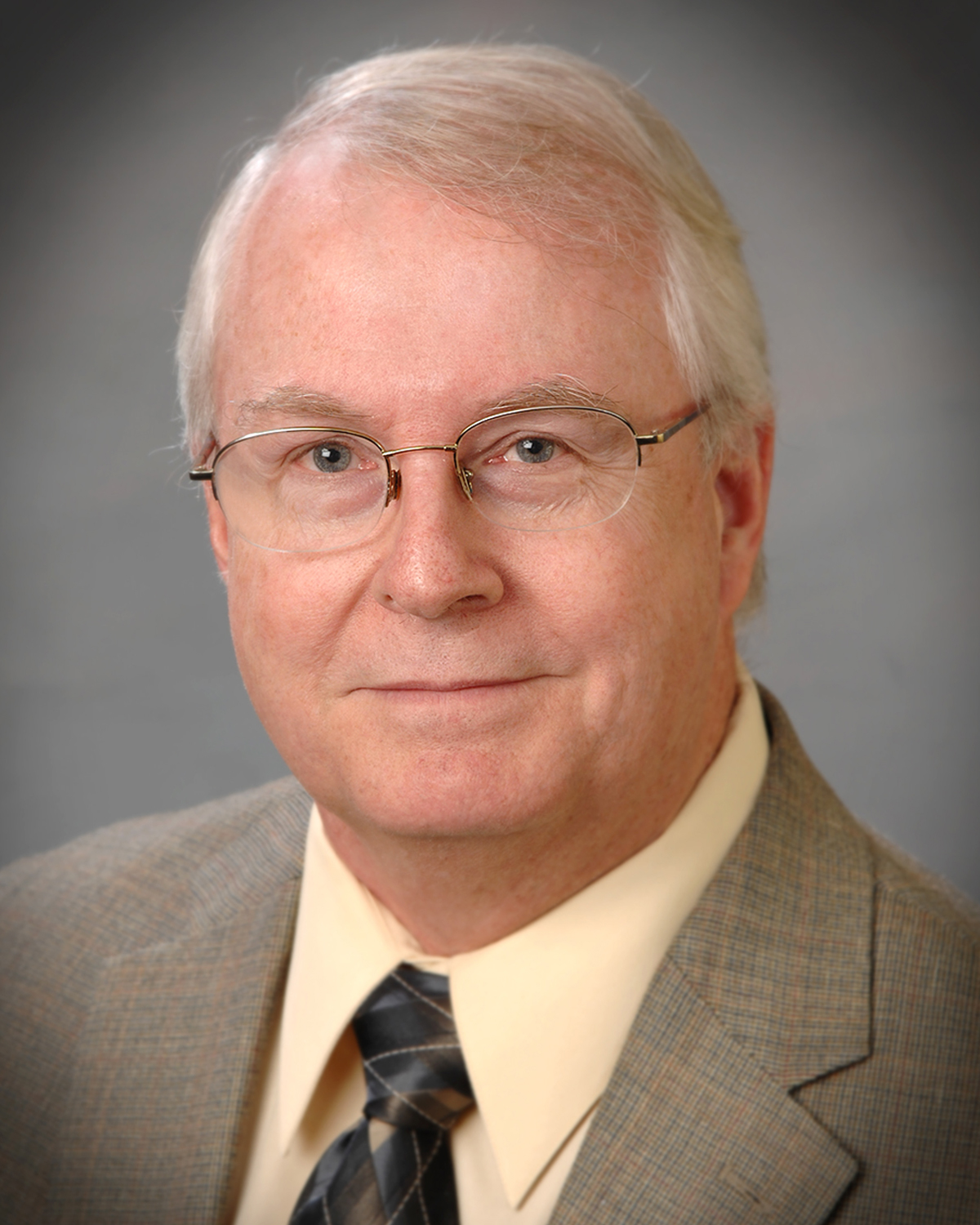 Jeff Jorvig is an IC Design Manager at ASIC North. In this position, he is responsible for project execution, business development, new business quotations, contract management and the management of IC design engineering staff. He performs as a primary client point of contact for existing projects as well as the development of future business.

Jorvig joined ASIC North after more than 25 years in the semiconductor industry servicing a variety of roles. His industry background spanned from a technical contributor on an IC design team through leadership of semiconductor product development organizations.

Prior to joining ASIC North Jeff was the principal of Jorvig Consulting, a firm focused on eliminating the systemic NPD barriers that prevent a predictable and streamlined path to new product revenue. Over his career Jorvig also served as VP/GM for Intellasys and a variety of design leadership roles for both National Semiconductor and Motorola. Jeff’s emphasis has always focused on methods and strategies for improving new product execution.

Jorvig is a member of IEEE and holds a Bachelor’s degree in Electronics Engineering from DeVry Institute.

Chris joined ASIC North in 2011 as an IC designer and moved into management in 2016. Prior to joining ASIC North he had 8+ years of design experience at Mitsubishi Electric, Renesas and Freescale, working on many diverse projects such as 16-bit audio, power line communications and high speed serial links. He also owned and operated his own business in the hotel & food service industry for 4 years. 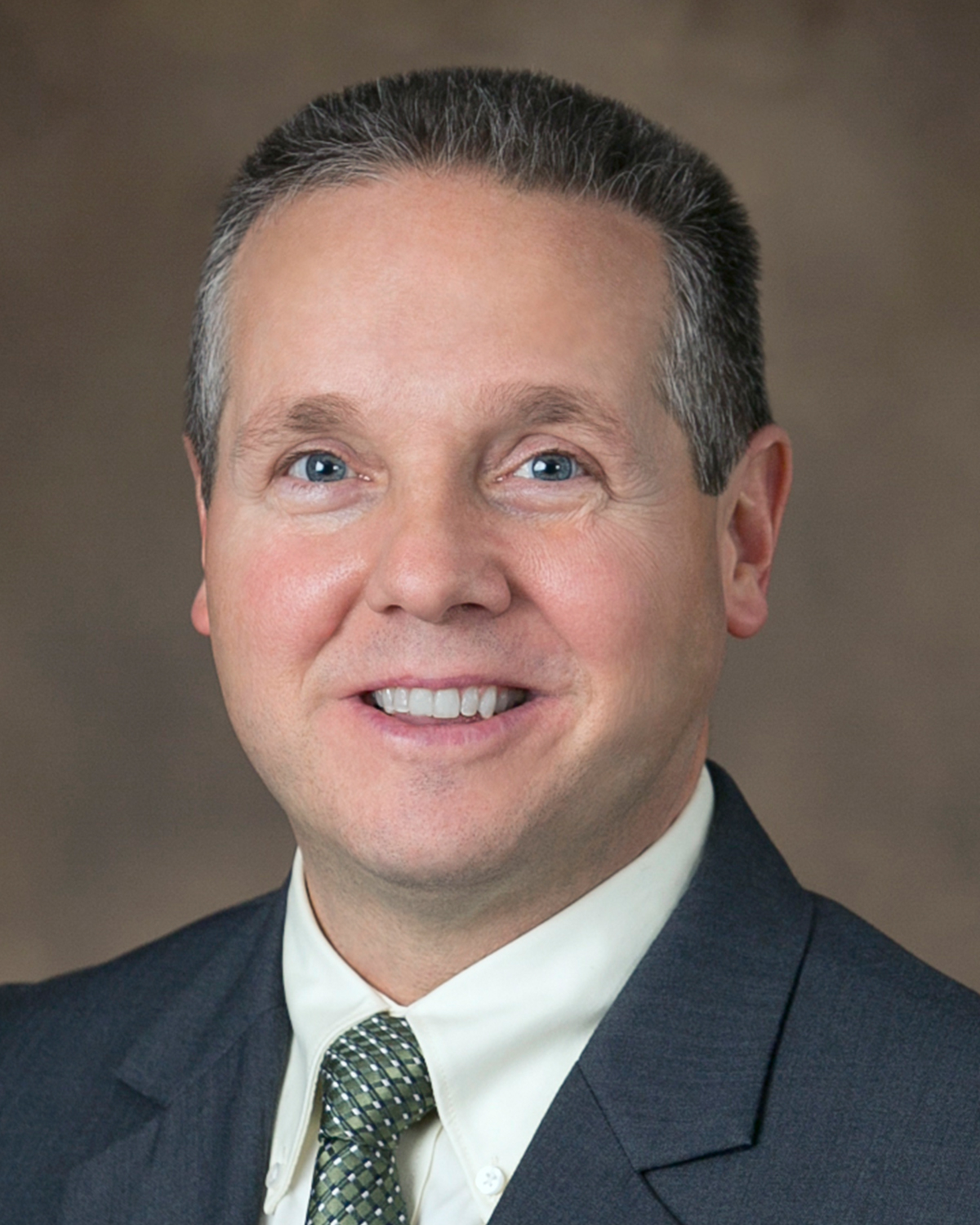 Peter Croce is the Characterization, Test and Methodology Manager at ASIC North. In his position, he is responsible for the characterization and test of IP, both for customers and ASIC North, as well as any tool and IP methodology issues.

Prior to joining ASIC North in 2008, Croce enjoyed a 20 year career at IBM. His early years were spent in product development of graphic adapters before moving to memory compiler design for ASICs. He worked on ROMs, SRAMs, and Register Arrays and various memory cell designs. 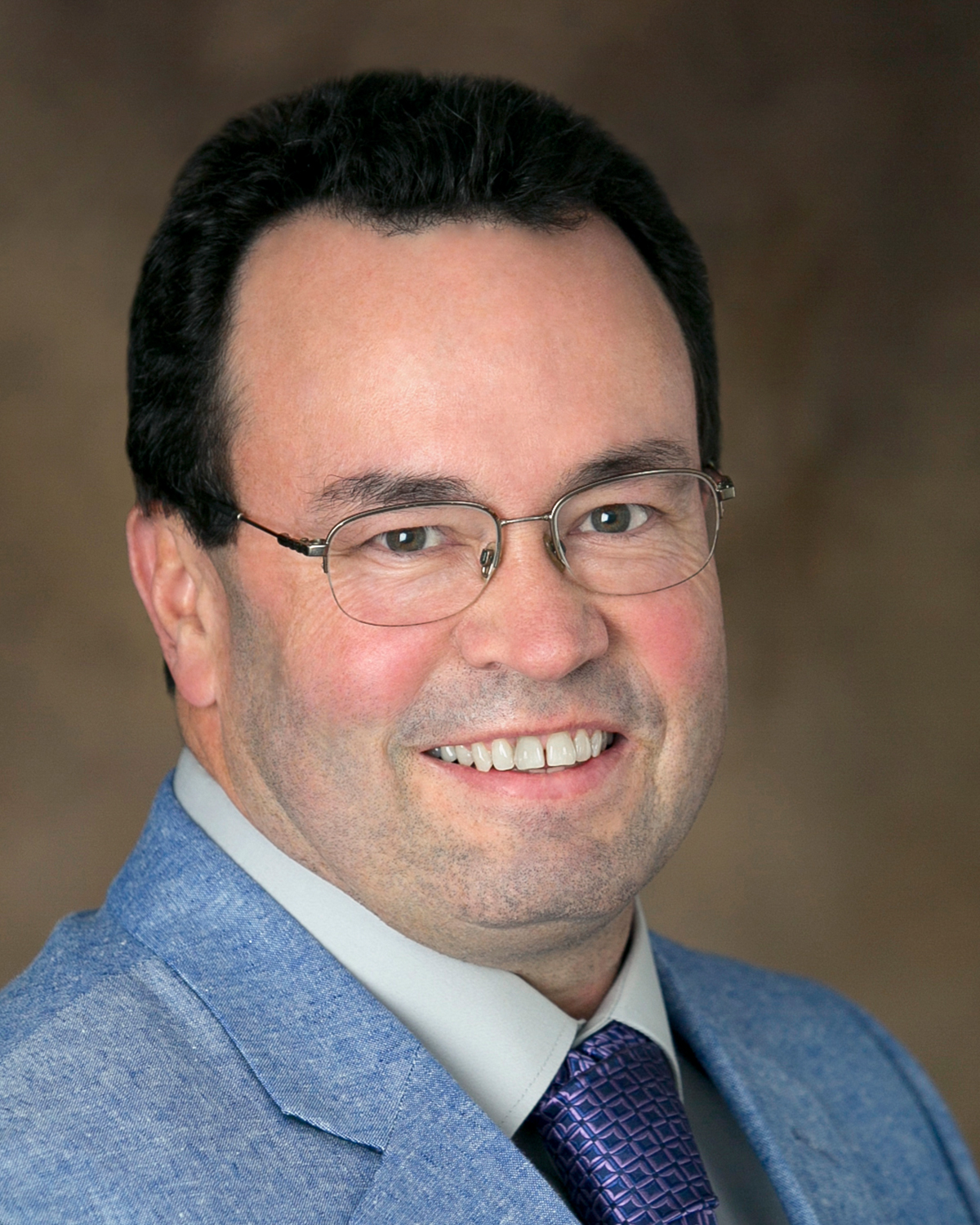 Jerry Heath is the Layout Manager at ASIC North. In his role, he leads technical teams responsible for the physical design of analog, mixed signal and full custom digital designs. Heath joined ASIC North in 2011 after a 20 year career in the semiconductor industry.

Prior to joining ASIC North, Heath served in various technical leadership roles at Qimonda and Digital Equipment Corporation where he was responsible for all aspects of the physical design process. Heath was also responsible for cross site training in layout methodology and verification strategy.

Heath holds an Associates in Electrical Engineering degree from Wentworth Institute of Technology and is veteran of the United States Navy. 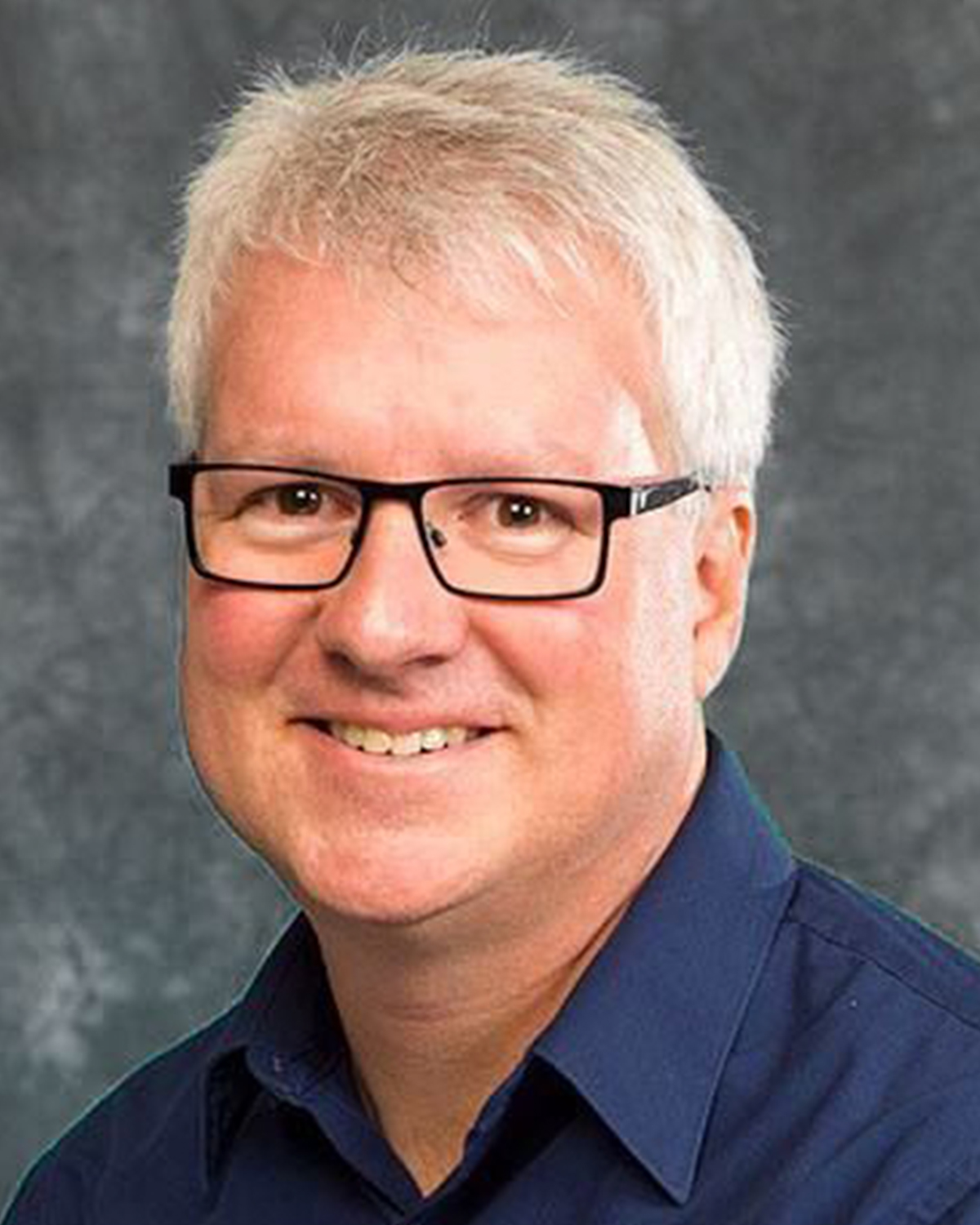 Lance Pickup is the Design Center Manager at the ASIC North design center in Raleigh, North Carolina. Pickup has been with ASIC North since 2013 and currently manages a digital design and verification team.

Prior to joining ASIC North, Pickup had 25 years of experience at IBM in various technical roles including the Electronic Design Automation group where he worked on simulation and timing tools, bootstrapping the IBM ASIC business unit, developing the first IP re-use methodology, and project managing reference flow and IP development for the IBM Foundry business unit. 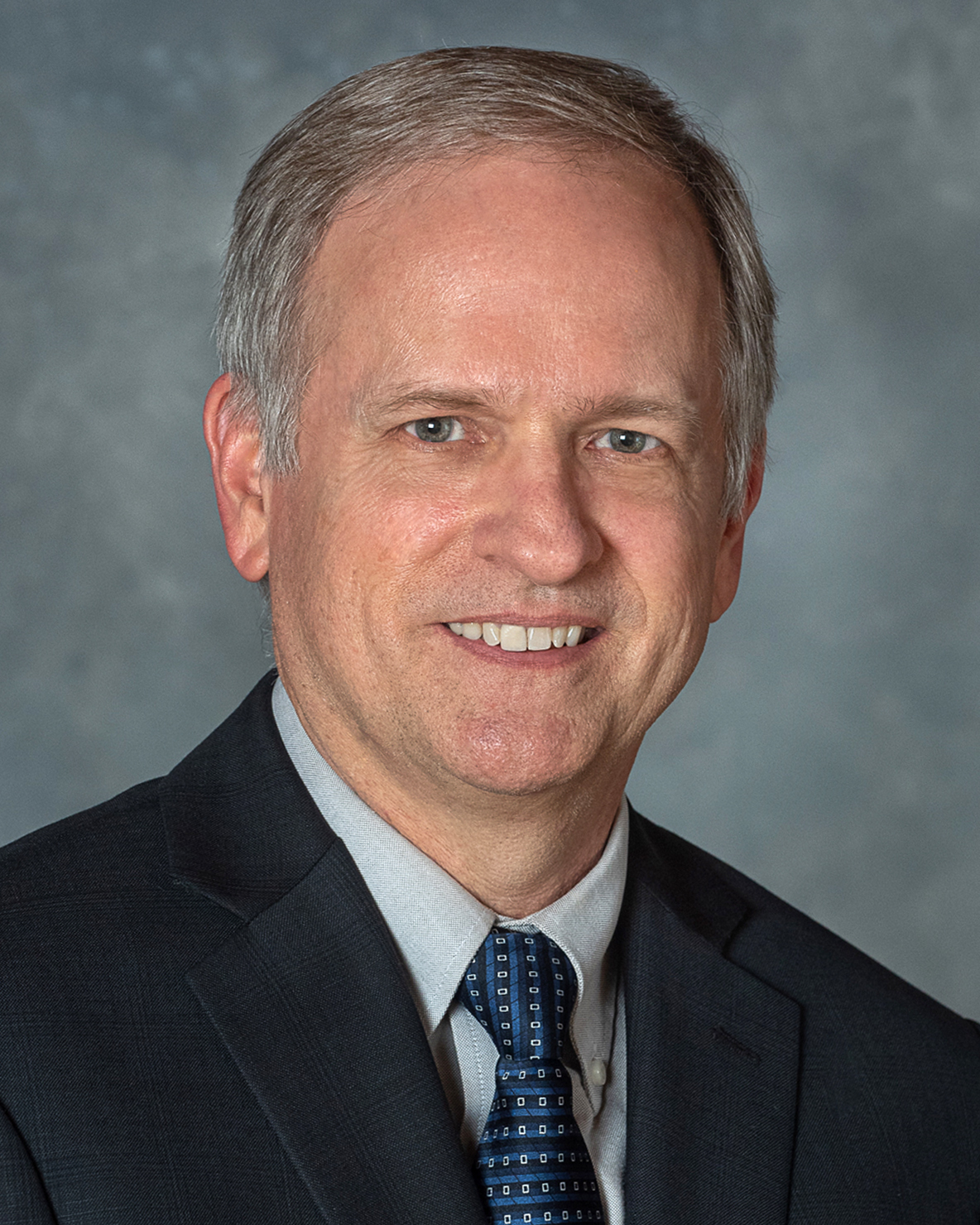 Steve Wyatt is an IC Design Manager at ASIC North. In this role he leads technical teams responsible for analog and mixed-signal IP development.

Wyatt joined ASIC North in 2017 after a 32 year career at IBM Microelectronics. At IBM he developed phase-locked loop circuits across a wide range of CMOS technologies ranging from 500nm to 7nm. He also led development teams responsible for mixed-signal IP such as SerDes and DDR PHY. 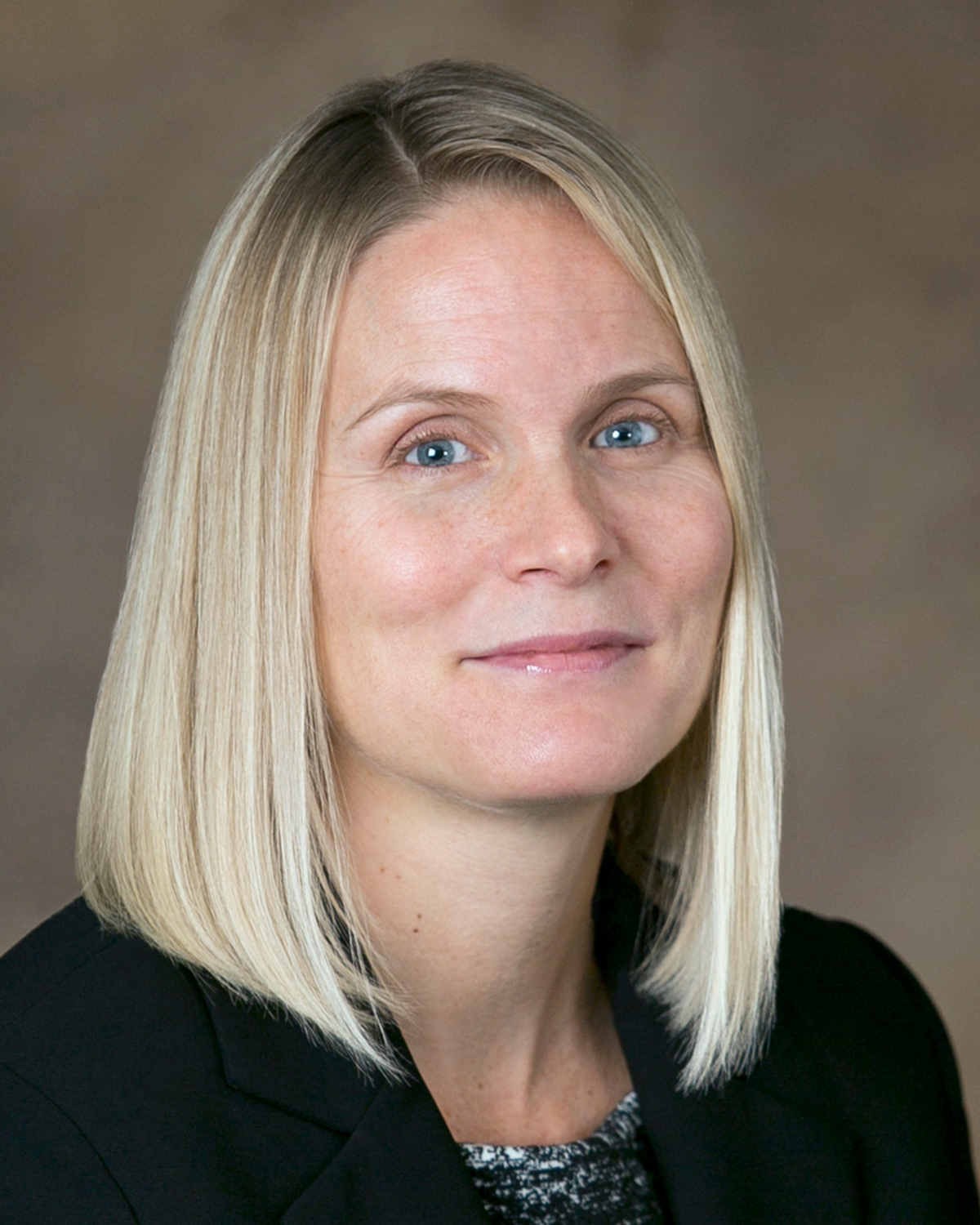 Jodie Selby is Human Resources Manager at ASIC North. In her role, she works closely with leadership to support the company’s strategic goals by leading HR related initiatives, and administering employee benefit programs all while ensuring labor and employment law compliance is maintained.

Selby joined ASIC North in 2015 after a 17 year career in the Human Resources function at IBM. During her tenure at IBM, she worked in various capacities in a number of HR departments such as HR support, Staffing, HR Transition Management (outsourcing, divestiture and acquisition space) and HR Case Management. 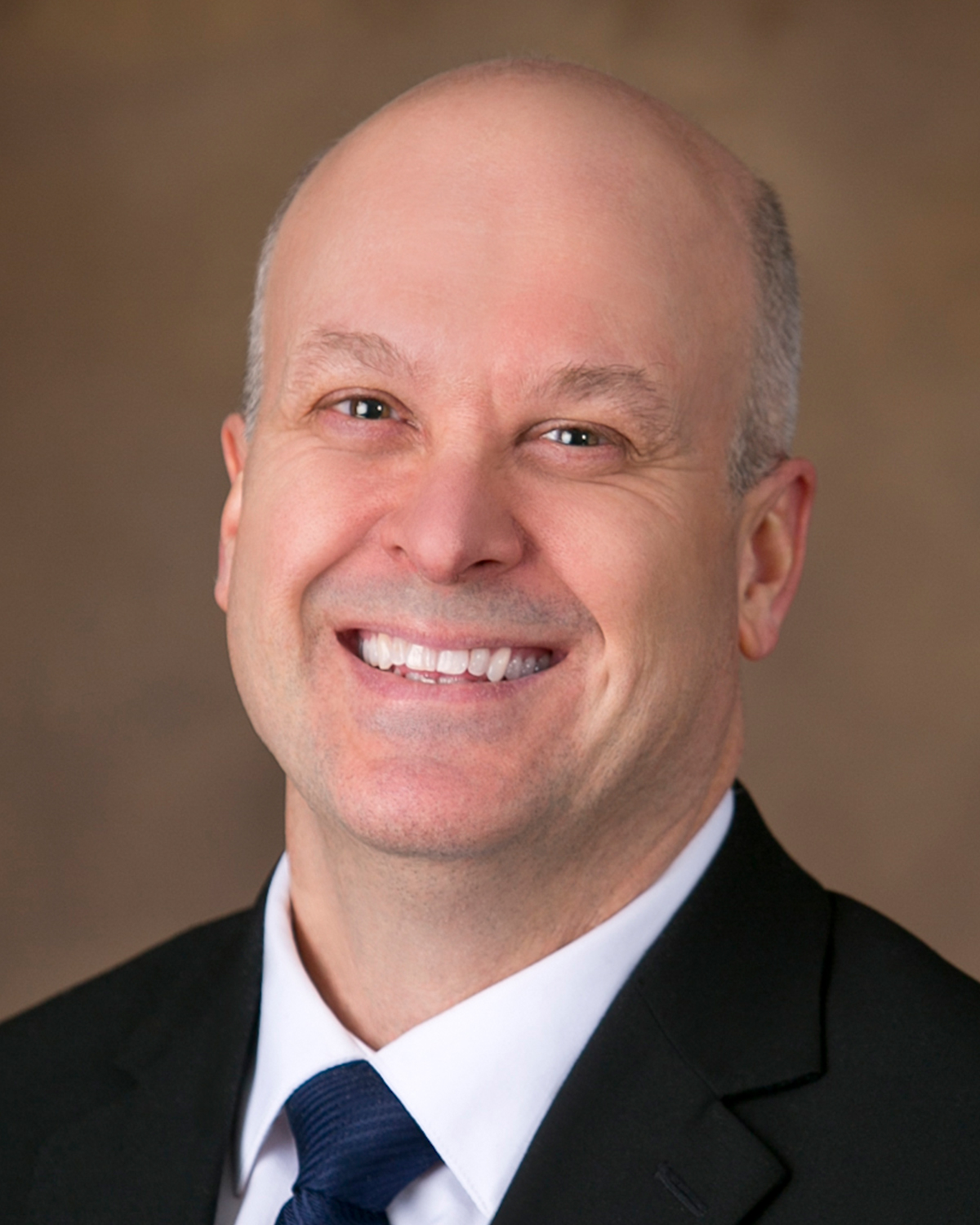 Philip Witham is the IT Manager at ASIC North. In this role he leads the team that is responsible for the company IT strategy, design, implementation, IT security and daily operational activities.

Prior to joining ASIC North in August of 2016, Witham came from 9 years in Enterprise Storage Management at Fidelity Investment. In this position, he was responsible for the architecture and installation of the enterprise storage systems in Fidelity’s data centers. Additionally, he was responsible for leading the storage operations team’s day-to-day operations and purchasing of the shared storage platform for Fidelity’s enterprise infrastructure.

Witham holds his CDCDP certification for Data Center Design, a Masters Certificate in Project Management from George Washington University, and an Associate’s in Science from Champlain College.